Nothing to see here. This component is added to the post page in order to register the visit 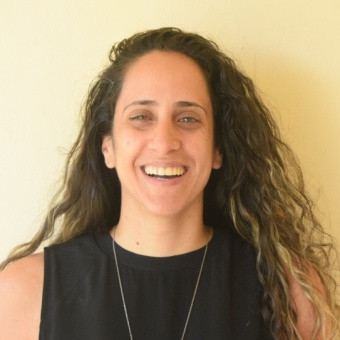 Since the organic exposure on Facebook decreased significantly (to say the least) and as sponsored ads are one but not the only way to increase exposure to brands, Facebook activities became a common mean to create awareness campaigns.

But like everything in marketing in a disrupted world, to create a successful campaign you need to come up with activities that people care about.

Here are 4 simple and basic guidelines to do just that, followed by two detailed examples that showcases these guidelines. 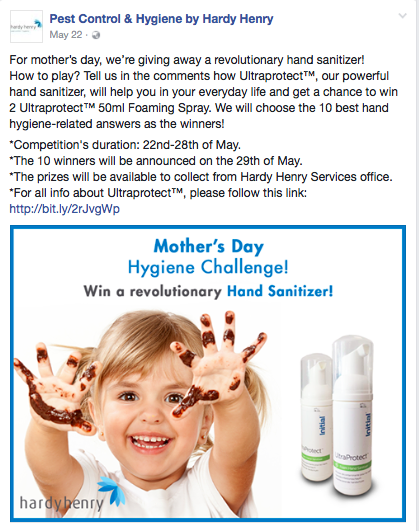 Keep things simple, and within your brand's context. 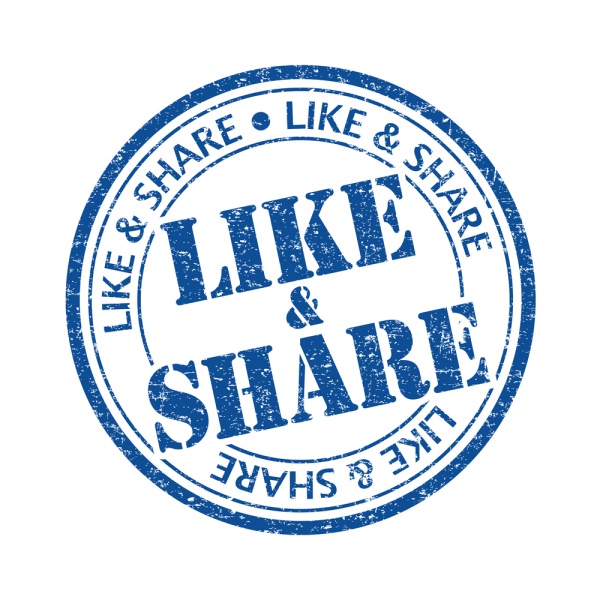 Not only it's against FB's guidelines, but also it usually brings irrelevant audiences

So far the guidelines. Here are two real examples from clients Quantum is grateful to work with: La Boutique Gourmande and The Mauritius Glass Gallery.

La Boutique Gourmande is a one-stop shop for baking ingredients and accessories. It’s located in Curepipe and the main target audience is people with passion for baking in Mauritius.

For Mother’s day, we architectured the following competition: 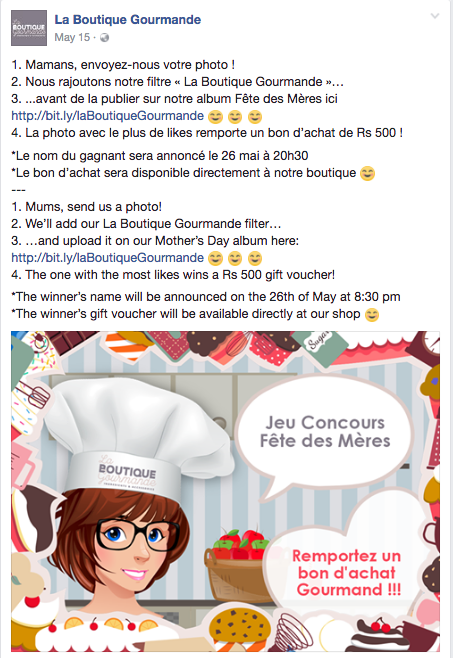 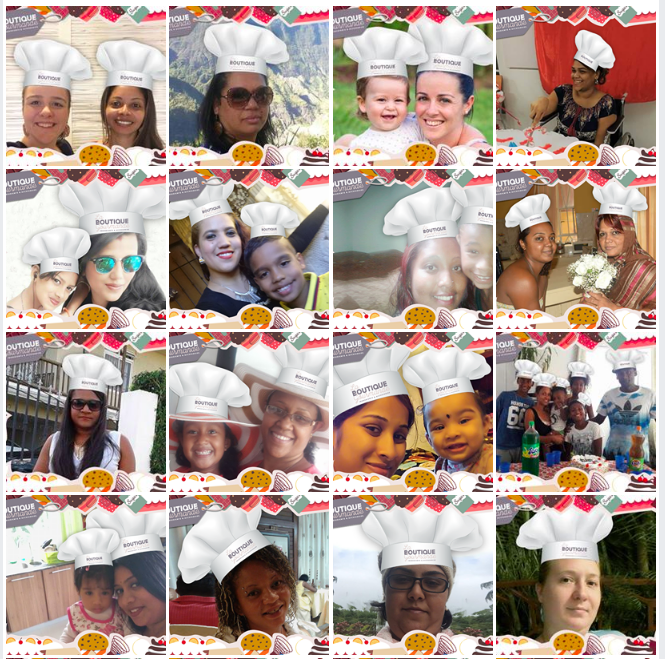 The power of this competition was in the virality of it. Once the first photos were published, it attracted new people to send their photos and once their photos were published, it made many more people to send theirs and so on and so forth. A ripple effect where everyone wanted their photo with the La Boutique Gourmande’s filter occurred. One of the signs of the success of the concept was that not everyone were actively trying to win the prize - they simply enjoyed having their photo with our filter. Enjoying so much indeed, that some of them made it their FB profile photo

Thanks to Quantum’s dedicated team – mainly our graphic designer and community manager, this activity was a huge success and we enjoyed a lot working on it.

The Mauritius Glass Gallery is a glass foundry based in Phoenix. Guided tours, handcast display of celebrities from all around the world and a showroom displaying handcrafted glass items made from recycled glass are all available at MGG.

Perhaps the most famous items of the foundry are the Phoenix glass and mug. And when MGG decided to add another family member, we asked Mauritians for their preference about the future design of what was to become the Phoenix jug. But it didn’t stop there! After calculating the results, we created a simple video that showcases the process of the activity from day 1 of asking the audience until the actual production of the new Phoenix beer jug.

We then replied to each of the dozens and dozens of people who shared their opinion with us and unveiled the decision by sending them the video in the comments.

The power of this activity was, without a doubt, the freedom that MGG gave to its audience. The fact that literally anyone could have a say made all the difference. The organic exposure was affected by the answers that kept adding in the comments plus that people cared enough to share the post.

Finally, although the success was big in both activities  (according to the Mauritian market), the budget invested wasn't. That, to say that to make people care, you don’t need a high flying budget. You just need a good idea combined with understanding of your audience and brand in the Facebook ecosystem’s context.

A Day In The Life Of A Copywriter